Debtor and her husband entered into a promissory note secured by a mortgage in the purchase of their home. In June 2004, they defaulted on the loan. Two months later, Debtor’s husband passed away. In November 2004, Creditor filed an executory proceeding to perfect the seizure and sale of the property. After filing the suit, Creditor’s Counsel received the original promissory note which was marked with an unsigned stamp indicating the note was paid and cancelled. He also received correspondence from Debtor’s counsel stating that the foreclosure was improperly supported, yet Creditor continued to move forward with the seizure. In December 2004, the sheriff’s office delivered a notice of seizure, and Debtor moved out of the dwelling. Debtor successfully sought injunctive relief, arguing that the promissory note and mortgage were not in authentic form as they were executed in front of only one witness. Creditor then filed an ordinary proceeding seeking enforcement of the note and mortgage.

Debtor filed incidental demands against Creditor, the mortgagee, and Creditor’s Counsel, and Creditor was ultimately successful in having Debtor’s claims dismissed. On appeal, the Louisiana Third Circuit reversed finding that Debtor’s allegations were sufficient to establish that Creditor and its Counsel were state actors subject to liability for seizure of Debtor’s home under 42 U.S.C. § 1983. Debtor settled with Creditor and the mortgagee, and amended her incidental demand against Creditor’s Counsel to include a claim under § 1983. Creditor’s Counsel filed for summary judgment which was granted. However, the Third Circuit again reversed, ruling that genuine issues of material fact existed as to whether Creditor’s Counsel intentionally took measures that resulted in an invasion of Debtor’s property rights as he was put on notice that the executory proceeding was improper.

Finally, on appeal to the Louisiana Supreme Court, the denial of summary judgment was reversed and the ruling reinstated, dismissing the Debtor’s § 1983 claim against Creditor’s Counsel. The Court found that there was a constitutional seizure of Debtor’s property as she was given sufficient opportunity to contest the seizure, and in fact was successful. The fact that the mortgage was not in authentic form was a latent defect, and not the fault of Creditor’s Counsel who merely petitioned for executory process. Finally, the Court found that no evidence existed indicating that Creditor’s Counsel acted with specific intent to harm Debtor, and any negligence on the part of Creditor’s Counsel was not grounds to make him liable to a non-client. 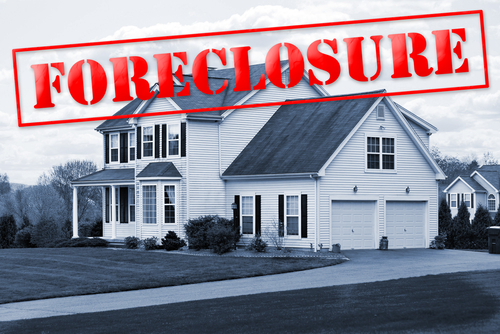